It all started over 30 years ago in Bradford, specifically the Shearbridge pub on Great Horton Road, now sadly closed. I had left the University with a degree in Chemical Engineering, but after working on oil refineries, was slightly miserable, selling scaffolding in Widnes.

I was having a drink with Mike Banahan, who had moved seamlessly from undergraduate life to becoming a lecturer in Computer Science. He had written UNIX The Book with Andy Rutter, about a computer operating system that was rapidly gaining commercial traction. They both freelanced occasionally for a training company in London, and Mike recommended I apply there for a sales job. 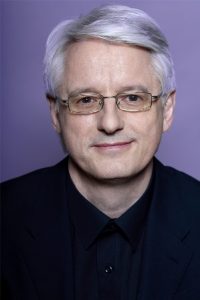 Mike and myself already had some previous entrepreneurial experience; after a loss-making trip to the Edinburgh Fringe, the University had decided not to go again. Mike and I understood the problem – we had been in a venue too far out of the centre.

On our own initiative, we found a central venue and did a deal, offering the University’s lighting and sound systems in exchange for free rent. The show sold well and we even made some money!

As UNIX was becoming very popular, I persuaded Mike Banahan to join me in London.  In January 1984, with Andy Rutter, Pete Griffiths (whom Andy had taught on the MSc Computer Science course) and Pete’s brother Dave, we started our own company, The Instruction Set. We were known in the industry as ‘The Bradford Mafia’.

The 1980s were a great time for UNIX pioneers. In five years, we went from a dingy basement to a 150-person office in Old Street, near to what is now called ‘The Silicon Roundabout’.  In 1989 we received an offer we couldn’t refuse from Cap Gemini Ernst and Young and sold the company.

I then took some time out, playing colleges, theatres and corporate events, as Confused Rock Legend and 70s Fashion Guru, Mike Fab-Gere (www.fabgere.com), before gradually returning to the world of entrepreneurship.

I then worked on seventeen different start-ups, some of which went bust. In 2002 I co-authored The Beermat Entrepreneur with my best friend from school, philosopher and novelist Chris West.

Nowadays I speak at events, provide free mentoring for entrepreneurs and help large organisations to be more ‘intrapreneurial’. This was the subject of our second book, The Boardroom Entrepreneur.

Entrepreneurship has changed fundamentally over the years, due to the ubiquity of the Web, providing the free flow of information and new business models. We were there every step of the way; the Internet was mostly built on UNIX. 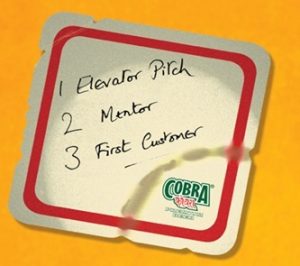 From the cover of The Beermat Entrepreneur

But human nature has not changed, I still encourage people to go down to the pub and summarise their business idea on a Beermat.

I recommend they first work on their Elevator Pitch. This can simply defined; the problem you solve and the premise of your business.

Then, before spending any money or writing a formal business plan, you should find a Mentor to provide some free advice. They might even find you the most important element: your first customer. More information on how to do this can be found in our third book, Sales on a Beermat.

I’ve made many mistakes along the way, but have had tremendous fun. I’ve travelled the world and done live interviews with many famous entrepreneurs; including as Sir Richard Branson, Bob Geldof KBE and Dame Michelle Mone.

But perhaps my happiest times were back in the 1980s, in the Shearbridge, putting the world to rights over a Beermat.

Having graduated from Bradford with a BTECH in Chemical Engineering and Management Economics in 1981 Mike Southon has established himself as a serially successful entrepreneur, best-selling business author, and one of the world’s top business keynote speakers on entrepreneurship, intrapreneurship and sales.

Mike has started a number of companies, the most successful of which was The Instruction Set, a Unix training company that he co-founded with Peter Griffiths and Mike Banahan in 1984. The company was bought out in 1989 by Hoskyns Group (now part of Cap Gemini Ernst & Young).

He was involved with 17 startup companies during the 1990s, including Riversoft and Micromuse, both of which ultimately had public floatations.

Mike is co-author with Chris West of The Beermat Entrepreneur, The Boardroom Entrepreneur and Sales on a Beermat. He has spoken at over 1,000 live events all over the world and provided face-to-face mentoring to over 1,000 entrepreneurs.