Good thing he did. Time had done its share of ravaging since our fresher days, what with Lusia’s back and everyone’s knees, but we still had a great time hobbling around the Bradford campus with the remains of Arthur Williams, Steve Rainbird, Maggie Allison, Rob Williams, Owen Heathcote and Liz Childs-Clarke. Bits of Helen Copley and Carole Parker joined us on the Monday (18 September) evening – Carole all the way from the Isle of Wight. Thanks to Liz we had already had the pleasure of seeing Marc, Francoise, Barbara Waters, Kari Coleman, Tony Godfrey and Gail Chilman in London.  Apologies were received from Gail, Peter Fawcett, Rafael Sala, Liz Arkell, Louise Cowcher, Kim Davis, Val White, Janet Pelly and Julie Godfray, and greetings arrived from a friend of several Mod Langers, colour chemist Rog Harvey in Michigan.

On Sunday night Lusia organised a terrific meal in Bradford’s No. 1 Iranian, the Classic, and even took along a cool bag with bière blanche and a fresh lemon. On Monday Arthur set up a drink for us at the Theatre in the Mill with new incumbent Richard and outgoer Iain. The Theatre seems to be even better known UK-wide than among Bradford students (the Drama Group packed up a few years ago), but it has funds and is looking for student projects. The funds will also help improve the premises. 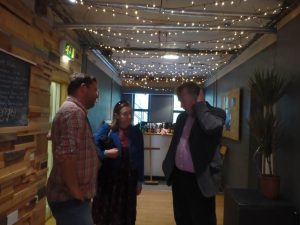 So this is the Theatre in the Mill! Richard (new TIM Director), Liz and John 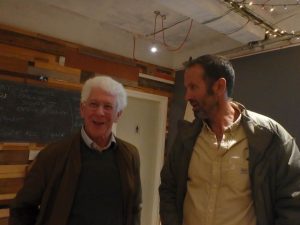 Arthur and Rob catch up 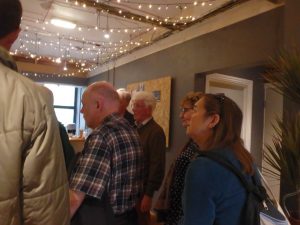 In Student Central, which is basically the old Communal Building roofed in and redesigned (University Hall, of which Owen was once Warden, has gone), we had a sandwich lunch with Union officials, Adam from Bradford Disability Sport and Leisure, and Mandy from the alumni office. UBU Chief Executive Andy had very kindly looked out some bound copies of Javelin from the days of Mick Cooper and Martin Bide. Everybody was as friendly and welcoming as we remembered Bradford had always been. 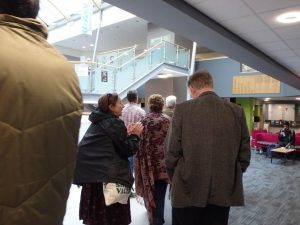 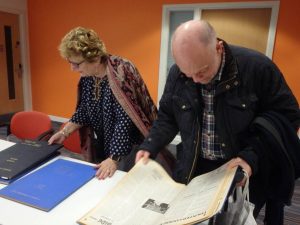 Poring over ‘Javelin’. Lusia and Steve 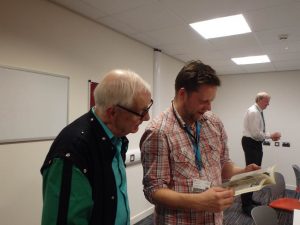 Catching up: Printed docs have their place! Owen and Richard 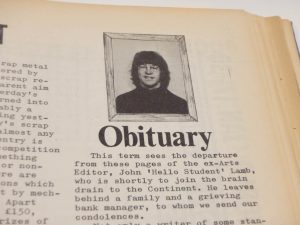 The way we were… John in ‘JAVELIN’

Student Central is now divided into alcohol and non-alcohol levels: in both of them there was a very pleasant collaborative vibe. There’s a shop with UBU hoodies, shields, rucksacks etc. The old red-white-and-black motif seems to have gone. We stopped there for a group photo. 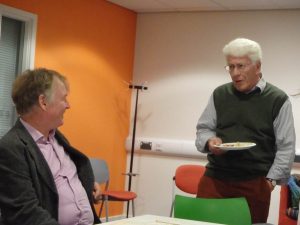 “Do you Really think that?” John and Arthur 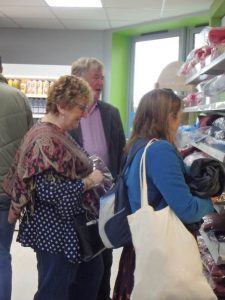 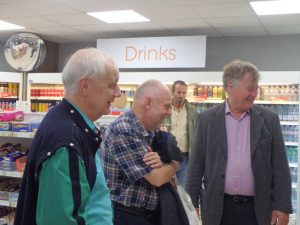 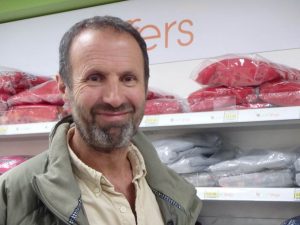 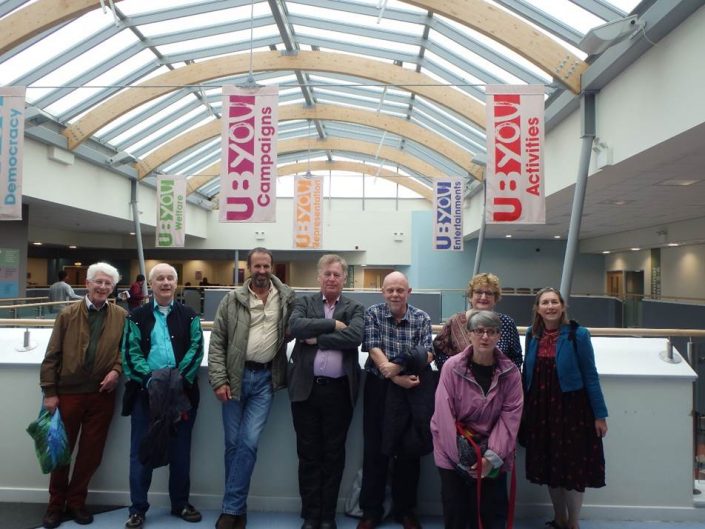 In the Chesham Building Arthur showed us a gallery he had helped set up: the next exhibition will be ‘Full Scale’, on art as a tool for change. Finally, in the Claremont building we marvelled at a huge atrium that has been built over the staff car park next to the Great Hall. Michael the ex-manager of Room 101, Mod Lang’s language lab after vacating Wardley, showed us how the room had now become a centre for International Students, who have a delightful tradition of teaching their languages to each other. 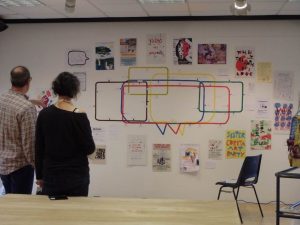 Creative work in progress. In Gallery II (Chesham Building) which Arthur was instrumental in setting up.

Ending with drinks at the Jacob’s Well and a very good dinner at the Kashmir on Monday night, plus a Hockney exhibition at Cartwright Hall for some on Tuesday, this was a grand visit.  Many thanks to Arthur for setting up the UBU part, to Maggie for her memorable slideshow of the tour, and to Lusia for organising us, keeping us in touch and driving us round. Watch this space for mails from her and Liz about future meetings. 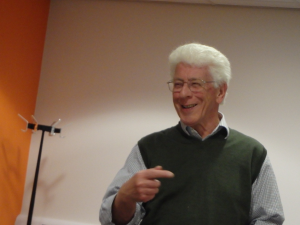 Overall impressions: In 2017 the University appears to have developed new strengths, for example in computer game design, but student numbers are down and there is talk of possibly compressing some courses into two years to save the customer cash.  We were struck by the difference in ethos and expectations between the old system of grants to a few, and the new one of loans to many.  Also, as we staggered about and tried to work out what had been where when, we were struck by how time ravages your memory as well as your hearing.  But at least Liz still fits into her graduation dress, and Rob looks younger than ever.

PS For a great University of Bradford film from 1968, see http://www.yorkshirefilmarchive.com/film/potential-graduate