As I recently travelled on the train from Edinburgh to London, having spoken at an education conference, I reflected on what had happened since I left Bradford in 1979. It struck me that, unlike a train journey where you know your endpoint, a career journey doesn’t have that clarity. In fact, you never quite know your destination until you reach it.

My civil engineering qualifications from Bradford and work experience helped me become a Chartered Engineer. I worked in India as part of a World Bank project, and then in the petrochemical industry across Europe. But Bradford had left me with a hunger for learning, and education doesn’t stop at the door of the University.

In time I also picked up a few more qualifications along the way in supply chain management, and separately in marketing, to enable me to better understand those other professions with which I was working. At one time I was controlling £0.5 billion per annum of insurer expenditure in the supply chain, so it was critical that I understood the techniques of the supplier management industry. Through this knowledge, and with a great team behind me, I introduced new thinking such as different and more effective best practices which improved customer service but at a reduced operational cost. The focus on marketing arose through the need to improve my communication skills to the highest level. 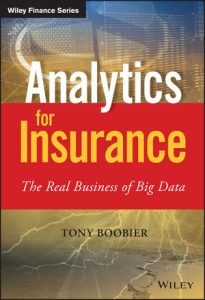 The commonality between all these topics is that they are all mainly data-driven. Looking back, it was no surprise that I was attracted by the technology sector, specifically in the area of analytics which is the way by which ‘value’ is extracted from data. I eventually became a worldwide executive for a major international technology company, and have probably visited 40 countries over the past decade.

In October 2016 I released my first book on analytics which is currently being promoted in about 90 countries and is presently being translated into Chinese. I was subsequently asked to write a follow-up, on the topic of Artificial Intelligence (AI) and how it will influence the nature of work going forward. It’s due for release in 2018, and it was this which had led to me being invited to Edinburgh to speak. 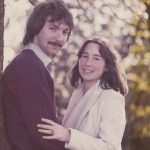 AI is a subject that most people appear to have an opinion on, including my wife Michelle (Smith) whom I met whilst we were both studying at Bradford. She was doing Modern Languages – French and Russian (1975-79).

After 40 years my personal Bradford network remains strong, and there are still University colleagues that I keep in touch with, and meet on a regular basis. Over dinner, the conversation often turns to that of wondering about shared Bradford friends, and past times. It’s a natural thing to do. 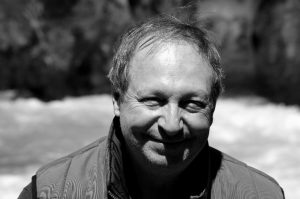 Tony Boobier BEng CEng FICE FCIM FCILA MCIPS is currently acting as an independent consultant, writer and industry commentator. He has revisited Bradford to present to final year students which he describes as ‘part of repaying my debt to Bradford’.