40 years is a long time, a lifetime. It was amazing that so many of us could come together to share the experience of celebrating the fact that 40 years ago we all graduated from Bradford University with our degrees in Mechanical Engineering. 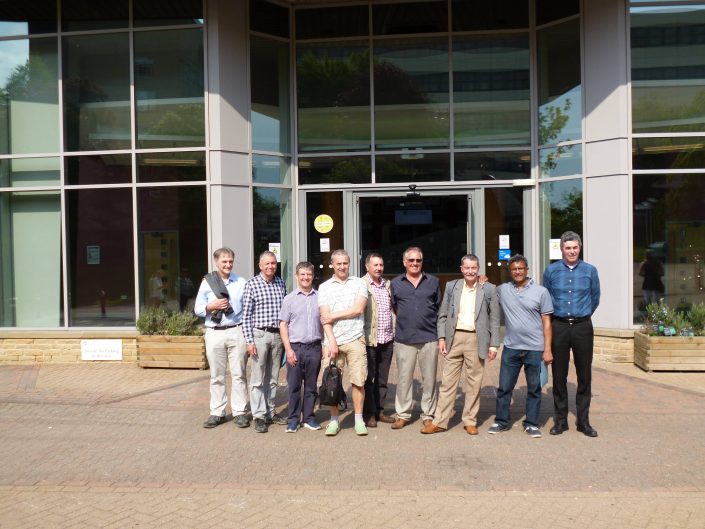 The reunion party met at 12.30pm on Saturday 19 May 2018 in a pub, where else could it be? The Westleigh on Easby Road made us proud with a bounteous lunch which was very welcome. Very soon we had the old photographs out from our days of “study” which gave rise to much reminiscing and fun. The photographs included the record of the very special Christmas Parties, the Mech Eng “educational trips” then the ‘name all the undergraduates’ on the University Mechanical Engineering 1978 end of term photograph.

After lunch in The Westleigh we all embarked down memory lane with a tour of the University, yes its changed a lot since our day. What happened to the new accommodation of Shearbridge Green? Still, Revis Barber was still there. The changes we all agreed were impressive. 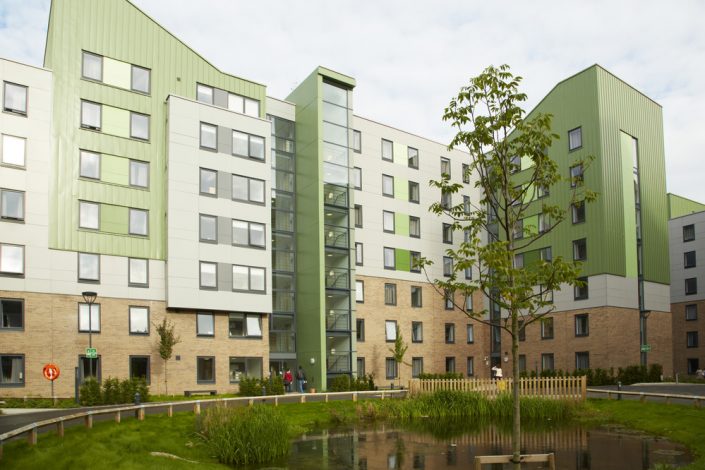 Our guide and Student Ambassador, Doug, led us around the classrooms, lecture halls, labs and the new halls of residence. It all looked grand, much posher than in our day.

The climbing wall was surprising, in our day we had the sports hall newly opened and from our second year a brand new library which again has been improved, to great effect. 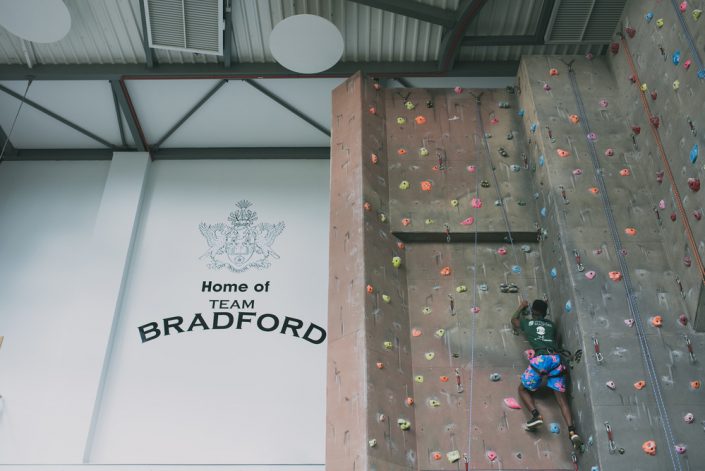 After the rigours of our tour, we had to adjourn to our hotel for the refreshment and it was lovely that Doug could again join us so that we could show our appreciation in the old-fashioned Mech Eng way with some liquid refreshment. 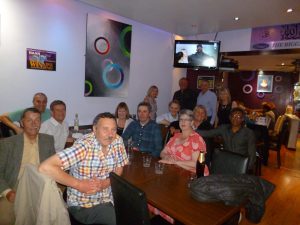 Then on to Omars’s on Great Horton Road where we all had the Bradford treat of a Balti, well several as it turned out, of course, accompanied by the biggest naan breads in the UK, but we suspected in the world.

The event was well attended and some of us had not clapped eyes on one another in 40 years, however, all were very recognizable even if we are all a touch more “arctic” in our hairstyles.

We unanimously agreed that we would do it all again for the next 40 years celebrations !!!! 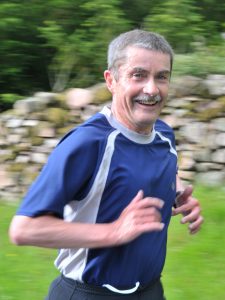 Straight from Bradford (1978) and into a junior “designer” position in the company I had served my time with, as a draughtsman, the company Beloit Walmsley produced paper making machinery. Quickly became the “stress man” in the design office performing calculations to verify factors of safety for rotating pressure vessels (drying cylinders). These calculations were the first to be produced by the company which were verified by the Swiss insurers who deemed them “suitable”. After about nine months of being the go to “stress man” I moved to commissioning the paper making machinery covering Europe, Scandinavia and India.
I left the paper making industry for the “future” and the nuclear industry working for British Nuclear Fuels in 1982. First designing unique mechanical handling equipment and large (20+ tons) shield doors all this equipment to be operable post a seismic event, in a high radiation/ contamination area of the Thermal Reprocessing Treatment Plant (Thorp).
After supervising manufacture, I then moved briefly to Sellafield for a period to supervise/manage the installation and ultimately commission it all. I’m pleased to say that is all still operating to the very day. While working on the Thorp plant I became a member of the Speakers Panel (people who volunteered to discuss/debate the nuclear issues of the day with the public), this involved public speaking all around the country discussing nuclear power, nuclear fuels, nuclear waste etc everything nuclear. I spoke at all types of venues, schools, universities, political parties (attending all the political parties conferences, meeting PM’s and cabinet ministers), engineering conferences, seminars and lectures, debates with Greenpeace etc all exciting stuff and fun in the main.
Eventually I was appointed as Design Authority and Chief Engineer on a number of major projects (£500M +), at Sellafield. The facilities covered everything from long term storage (100+ year life facilities) processing of nuclear materials, decommissioning various facilities including Calder Hall (worlds first nuclear generating plant) this included the spectacular controlled implosion demolition of the Calder Hall cooling towers. A varied number of major projects the last one involved a  large ventilllation plant to aid decommissioning of older facilities on the Sellafield site. This last project involved the seismic design of a stack in excess of 130 metres. in height So when I travel in Cumbria or scale the highest peaks there I can see “my stack”, rather satisfying that.
I have been very lucky from start to finish and a lot to be thankful to Bradford University for.

Magnificent web site. Lots of useful info here. I’m sending it to a few buddies ans additionally sharing in delicious. And obviously, thank you on your sweat!

I have read a few just right stuff here. Definitely worth bookmarking for revisiting. I wonder how a lot effort you place to make such a great informative website.