In 2015 I became the first ever Student Ambassador for the international charity DKMS, whose sole aim is to eradicate blood cancer. 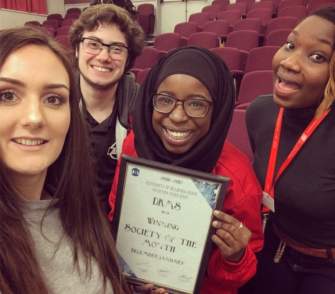 The following year, I embarked on the challenge of founding the charity’s first ever society at the University of Bradford. As Society President, I worked with sports teams, societies and media areas across the Union in an attempt to raise awareness of blood cancers/disorders, fundraise and recruit potential blood stem-cell donors. By the end of its first year, the DKMS Society had achieved Platinum Society status and won Awareness Society of the Year and Campaign of the Year. It was also shortlisted for New Society of the Year, Fundraising Success of the Year and Executive Team of the Year. I’m now currently sharing my story across the country, aiming to inspire others and to gain more support for the campaign.

I am incredibly passionate about DKMS. For many people with blood cancers and blood disorders, their best and often only chance of survival is a blood stem cell transplant. Unfortunately, many still die unable to find a matching donor. Coming from a Nigerian ethnic origin, I have seen the effect of blood diseases such as sickle cell anaemia and how they impact so many lives. Ronald Reagan rightly said: “we can’t help everyone but everyone can help someone”. I urge more people from all ethnic backgrounds to step up and help save lives.

Every 20 minutes someone in the UK is diagnosed with a blood cancer, such as leukaemia. It is the third most common cause of cancer death in the UK but less than half of the UK population are aware of blood cancer issues. A blood stem cell donation from a genetically similar person can often be the best hope of survival, but only one in three people in need of a transplant will find a matching donor in their own family.

Since joining the campaign, I have been touched by the amount of love and compassion shown by others. With the help of my team of volunteers, I have registered nearly 200 potential blood stem cell donors in the UK so far and have raised over £1100.  I have found it truly inspirational to see people acting so selflessly and doing their bit in the hope of building a happier and healthier society. 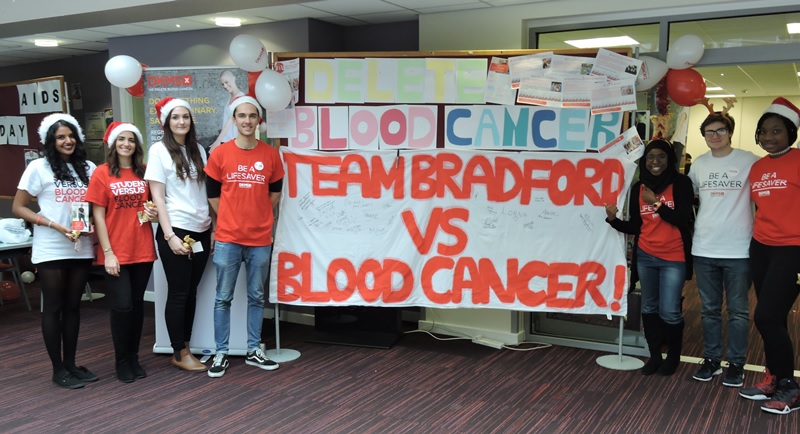 If you are looking to help make a difference and give something back to the community then this is a great place to start. DKMS is such an amazing charity and needs more people to get behind it and volunteer to potentially help save someone’s life.

If you are aged between 17 and 55 and in general good health, please sign up for a home swab kit at dkms.org.uk/swab and go on standby to save the life of someone just like you. 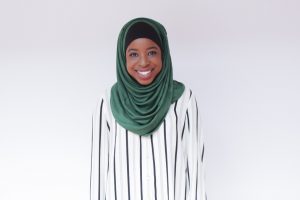 As the primary Student Representative for the University, she is responsible for upholding students’ interest in all academic matters. Zainab leads the elected Student and Faculty Representatives in enhancing the student experience and strives to ensure that all students get the most out of their time at university; just as she did.

Throughout her 3 years at the University of Bradford, Zainab was actively involved in the Students’ Union and received numerous awards, recognising the time and commitment she dedicated to volunteering. In 2017, she was awarded with a Vice-Chancellor’s Award for outstanding contribution to volunteering within the Student’s Union and from the University of Bradford Students’ Union; an Honorary Life Membership, the Student Volunteer of the Year Award and an Outstanding Society Executive Award.