Our new student accommodation has achieved the status of highest ever BREEAM rated building in the world.

The University of Bradford officially launched its new sustainable student village to the world today, and was thorouhly thrilled to announce that it is the most sustainable building IN THE WORLD!  It received a BREEAM rating of 95.05%

Developers, architects, investors, staff, students and visitors to the science festival were all able to visit The Green today and learn about the features that have made the village so outstanding.

Read more on the University’s web pages and see an article on BBC News Online from 4 years ago when the vision was first announced.

Plus other broadcast media such as BBC Radio Leeds, BBC Look North and trade journals. 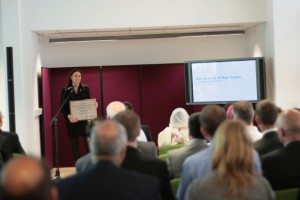 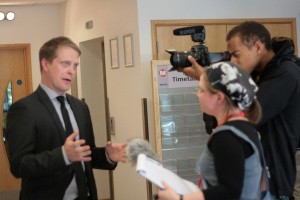 Visitors are shown around The Green. 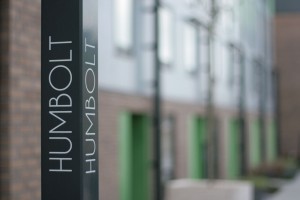 One of the new student halls in the village.