I was in City Park last weekend to see the Olympic flame passing through and although I had a great view I was a little dissapointed to have had such a fleeting brush with Olympic history. Little did I know, Emma had already set the wheels in motion for a photo shoot on campus with the University’s own torch bearer, student Saira Tabasum. Saira is an amateur boxer and qualified boxing coach who was also shortlisted in the the 2012 Asian Women of the Year awards. She was carrying the torch through Brighouse on Sunday and kindly spent some time after the shoot posing for pictures with staff who wanted to have a photo taken with the torch. 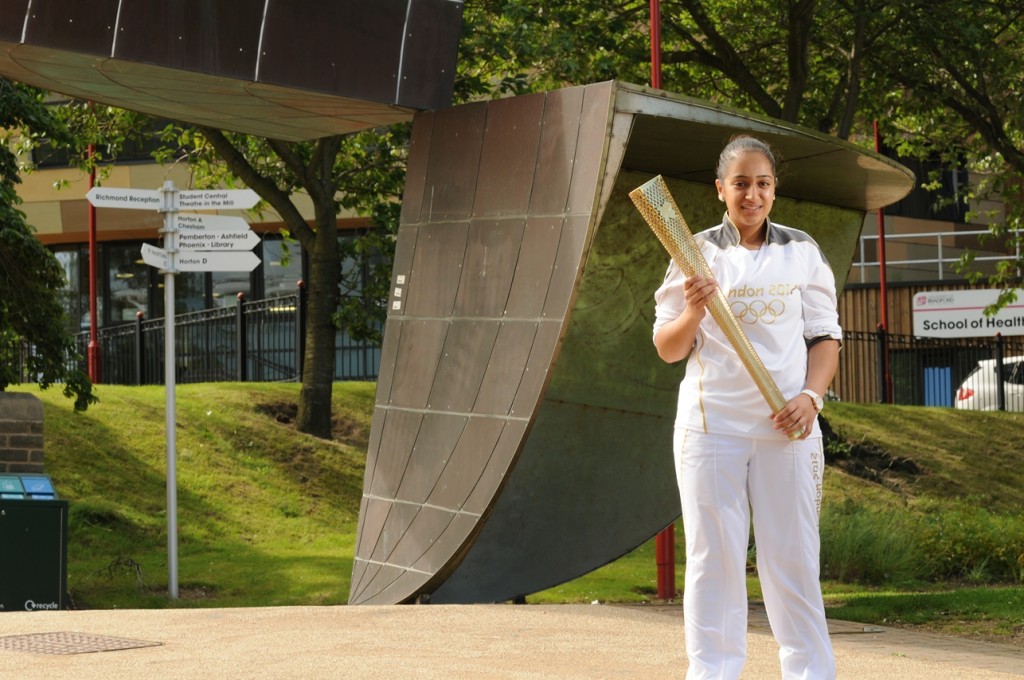 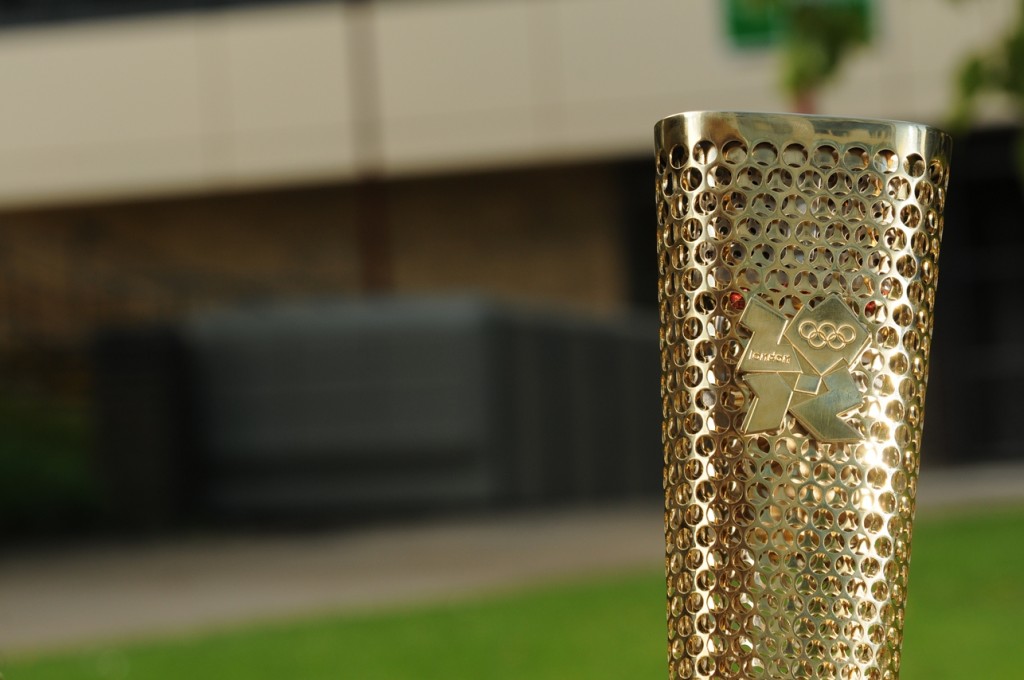