Clare Mason has worked in the field of dementia care since leaving school in a variety of roles. In 2014 Clare joined the School of Dementia Studies in the role of Dementia Care Trainer. Clare is responsible for facilitating learning around person-centred dementia care approaches and is also our Experts by Experience lead. Recently Clare attended a dementia studies writing retreat. 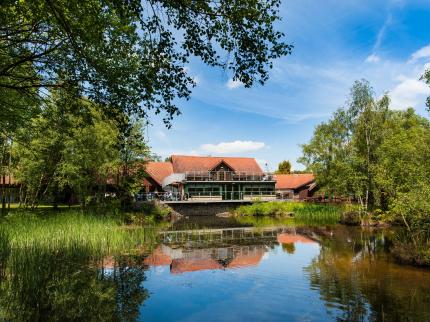 Academic writing is something relatively new to me.  I’ve spent years rewording documents into simple English or lay summaries  freeing them of jargon, acronyms and terminology difficult to understand by people living with dementia, their families and those without a University education.  Because of this, as our writing retreat drew ever closer I felt more anxious than I cared to admit wondering what on earth I’d write or how I’d write it in comparison with my colleagues who seemed to find writing comes naturally and words jump from keyboard to screen in a simple series of key taps.  In the end, I was pleasantly surprised and more than relieved to find that with a lot of preparation where I found documents in advance to combat any internet failures or time wastage and after numerous conversations with my learned colleagues, I managed to start the draft of a research funding bid in the first section of day one.

The three day retreat was structured in such a way that focusing, something I often find difficult due to being very easily distracted, came easily as it was followed each time by a reflective discussion led by Dr Danielle Jones a member of our Education team.  Being encouraged to discuss with others the progress we’d made or the stumbling blocks we’d come across really helped to unpick what had gone well and pin down aims for the next session meaning that I wasted much less time than usual.  The planned breaks away from the writing room meant we felt properly rested and even though conversations relating to our work continued, a break away from the computer screen really worked for me.  It also helped being in the beautiful surroundings of Otley Chevin and some clean Yorkshire air at lunchtime blew away the cobwebs ready for the next writing session.

After several edited versions of my research funding proposal, kindly reviewed with feedback by my peers, I managed to complete a first draft of the proposal by the end of day one.  Hearing the progress of others, academics from each of our training, research and education teams really gave me food for thought and made me reflect on my own writing style and how to plan my time.  The value of turning off emails, leaving phones on silent and being away from the distractions of a busy office meant that I had clear head space to think about the tasks in hand and the shared reflections of others meant I started each new session with new ideas and energy.

Hearing the frustrations of others who in one session or another had not met their intended aims made me realise we all have writers block at one time or another.  Similarly seeing the pride on the faces of colleagues whose outcomes had more than met their own expectations, motivated me to continue at times when I myself had stared at my computer screen hoping for inspiration, as everyone else’s fingers clattered over their keyboards at what felt like break neck speed.

At the end of day three we spent extra time reviewing our work and sharing thoughts and achievements.  The various individual outputs were celebrated and any frustrations shared and explored with some great ideas for how these might be overcome in the future generously shared.  The benefits of the retreat were seen as too many to count and included an agreement that having a clear structure with planned writing, reflection and break times really works.  It was also felt that being in the same space as a group of like-minded colleagues with an agreed focus helped to create energy for getting the job done and seeing writing tasks completed which had sat in many an in-tray for more time than anyone cared to mention.  The leadership of Danielle Jones was also a key aspect of the retreat as she had researched the evidence of successful writing retreats and integrated positive aspects of several to come up with an agenda that would meet the needs of a multi-disciplinary group which consisted of PhD students, educators and researchers.  An added bonus was the peer feedback which was so generously given by colleagues on my own tentative steps into the academic writing world.