As some of you will be aware, like most other areas of the public sector, the arts are facing major challenges and changes over the next few years.

The Arts Council England, again like many other areas in receipt of public funding, have taken a substantial cut in their government settlement.  Whatever the rights and wrongs of the situation (and those of whom who know me know exactly where I stand on current policy) it has led to a major re-thinking of what is funded and why.

It has also led to arts organisation large and small giving real in-depth thought to what they do, why they do it, how they do it and with whom.

This is my two-penneth in regard of Theatre in the Mill.

Some beliefs for starters:

• We believe in artists, their vision and thinking

• We believe in artists who do not fit easily into the mainstream, who question and explore form and meaning in their work

• We believe that now, more than ever (as vulnerable communities are affected by the withdrawal of support and services at local and national levels) we have a responsibility to engage with the people that surround us, to explore and give voice to their experiences – to create dialogues and interactions.

Theatre in the Mill is fortunate to be part of a University that has been a significant leader in social inclusion through programmes like Widening Participation and the Programme for a Peaceful City, which has made a significant impact on the city of Bradford since the riots of 2001.  The University of Bradford’s strengths lie in technology and the social sciences, we engage easily (and encourage the same in our artists) with a broad range of thinking within a critical community. This is crucial.
We are also fortunate that we have history on our side: The theatre provision at the University of Bradford has always been a radical and inclusive one that had at its centre an understanding of the civic responsibilities of artists. We helped facilitate the shift from T&A journalist to leading playwright for David Edgar, we supported Howard Brenton stage work in the city ice-rink, more recently we supported Alan Lane to make an amazing piece over a bank holiday weekend in the Moghul Gardens in Lister Park. This radicalism laid a bedrock of adventure and achievement which has meant that the Theatre in the Mill has been able to punch above its weight since 1976. 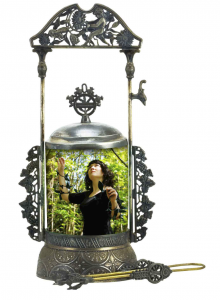 As importantly we support a diverse range of artists, methodologies and interactions. We support the work artists make, the ways in which they make it and are developing a broad range of interaction between ‘audiences’, artists and work – creating a ‘critical’ mass. As well as championing diversity of practice we believe in broader, social, diversity. The search for ‘other voices’ is absolutely central to our mission and methods.  We are greatly assisted in this by being part of an international campus, one that has long recognised the importance of diversity and has in place long-standing programmes of support.  We take great pride in and actively work towards the diversity of our front of house and support teams and believe that this, alongside a broad range of engagement work both on campus and in our local communities serves and influences our artist development in profound ways. This is crucial. 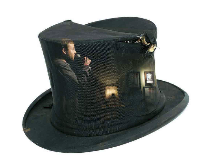 This mixture of strong artistic practice integrally linked to critical thinking and meaningful, ongoing and targeted engagement within a culturally diverse city and an international institution makes us pretty unique.

We’ve still got a hell of a long way to go in getting all of this right but I do believe we are laying the foundations for something genuinely powerful and, as importantly, sustainable.