The piece below was published in the rather brilliant HowDo Magazine.  However I’m aware that a fair few of you won’t have had the chance to read it in paper copy (but do if you get the chance), it’s available online here. 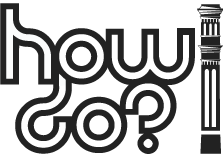 I decided to bung it on here so that you can.

As Artistic Director of Theatre in the Mill I see more new theatre than is, frankly, reasonable and if that has taught me anything it’s that, currently, theatre is at a tipping point, caught between the binaries of buildings /work, funding/flexibility, artist/collaborator, form/content and right in the middle of a bun-fight for your time.  In other words, theatre is in as interesting a place as I can remember.

Chris Goode, former Artistic Director at Camden Peoples Theatre and currently incarnated as Chris Goode and Company, is in my opinion the most original voice in British theatre, as fine a barometer of where we are heading as anyone I know.  He will be visiting Theatre in the Mill in May (9th-11th at 7.30pm) with his new performance piece ‘God/Head’ – a piece co-commissioned by The Oval House, London and us and part made here in Bradford.

Chris Goode ‘gets’ that what makes theatre particular is the ongoing attempt to balance Apollo and Dionysus, the god of order and the god of chaos, – it’s ‘liveness’: “For a few years I’ve been thinking about what that might mean and I think, for me,  at the moment, it’s about using the presence of the audience – taking things that can’t be controlled or predicted and giving them some sway, some kind of ormative presence, in the room…. To allow the audience to experience this importance and the ways in which theatre is a medium that is social, that’s about different kinds of community, about being able to think quite specific ideas about how we all live together. The big challenge to me is how can I create an open a space which anyone can walk into and change, potentially, but at the same time for me be able to craft the space. How can I make a really beautiful crafted piece of work that at the same time has chaos in it?” 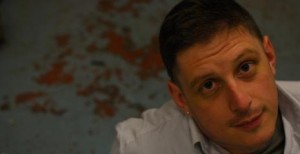 And in there you have the other key to his work, that for Chris Goode, theatre is not about taking time out from existence  “I’ve never been satisfied with the idea that we come here to escape….. let me say that in a more nuanced way….there is a kind of escapism that theatre does make possible but it’s an escapism out of the weird fictions that we live inside and into a kind of reality.”

But about “the politics of space, the politics of community, the politics of collaboration – not just in terms of wanting to make more interesting or innovative theatre, as if innovation were pure or good of itself… There is something interesting about how we create temporary models to live within, that we can create those spaces which at least allow us to glimpse how else we might live. We all kind of know that we can’t live like this anymore, that – to put it in terms I’m comfortable with – capitalism isn’t working – that we are going to have to think through how else we might do this. We do know these things, we just don’t have a safe space in which to know them. The fact that theatre can give us that feels not just important but critical and I don’t think it felt critical ten years ago.”

So political theatre then but (and it’s a huge but) just as the Occupy movement is changing the face of politics – free flowing, multi-faceted, fleet footed in it’s expose of the hypocrisies of ‘late state’ capitalism – so political theatre is redefined in a radical, communal direction by artists like Chris Goode, using post-dramatic form to explore a post-‘political’ world.