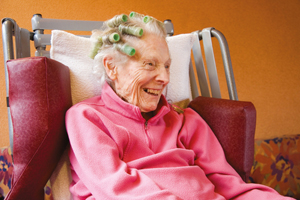 Bradford Dementia Group says the government need to react quicker to a deteriorating quality of care witnessed up and down the country.

Yesterday the Care Quality Commission found at least 20 hospitals that were providing care that was so poor that patients were denied ‘the basics in life’ such as eating, drinking and going to the toilet.  The watchdog also warned that some NHS trusts were placing more importance on administration rather than those they are caring for.

Paul Edwards, Head of Training and Practice Development in Dementia Care at the University of Bradford says that it’s all to easy to blame the NHS system by laying fault on paper work, lack of resources, target-driven health care, a lack of training.  He said:  “All of these add to the de humanising process of health care but for me it isn’t so simple. In the 1990’s the introduction of ‘modern matrons’ temporarily calmed society’s clamour for better standards. In the 2000’s we established ‘dignity champions’ in order to promote dignity in care settings. I would argue that the very nature of us needing ‘dignity champions’ only goes to show that there is something fundamentally wrong in our personal and institutionalised attitudes towards older people. What has happened to us as a society that we need a ‘dignity champion’ for our frailest and most vulnerable members?

“We need to realise that human beings have human rights. Sometimes in health care it can be a real challenge to treat all illnesses that older people face but at the very least we can afford people respect. We can support the human needs for comfort, belonging and identity even if we can’t find a cure for every ill.  Quite frankly, lack of standards as found by the Care Quality Commission are an affront to the Human Rights Act and if we start seeing these failures in these terms then we may start to realise that human beings deserve much better care.”

Bradford Dementia Group is committed to assisting care providers up and down the country and internationally in providing a better quality of care with higher standards. They believe that the problem is deeper rooted than simply one of resources.