The great comedian Bill Hicks said that rock stars shouldn’t be the ones doing drugs, they already have awesome lives; it should be accountants who should be doing them. While I must agree that the ins and outs of this subject can be quite boring, there is a certain pleasure that can be derived in conquering the most complex of financial problems.

While finance is portrayed as the boogey man of all fields, it is not dissimilar to the queen of all sciences; mathematics, in the sense that it relies almost purely on number. And while those who hate numbers may propagate against it, there is no denying that in numbers lie the most exciting academic fields. While engineers may pride themselves on having memorised the periodic table and while marketeers underline their exciting, ever changing work, there are few things as satisfying as an account sheet that balances (especially during an exam). 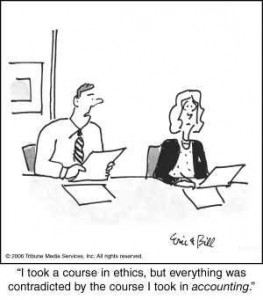 While hopefully that should explain my decision to enter the field of finance and convince any who think of doing so as well, I will now talk about why I’m doing a computer placement.

There is no way of sugar coating it; I am a geek.  I can quote to you the specifications of half the cell phones in the market, I have opened up (and destroyed) countless computers, I constantly read up and follow the various tech conferences, the most recent of which was the MWC.

Arthur Clarke famously said “Any sufficiently advanced technology is indistinguishable from magic”. It holds sufficiently true when you consider that ‘Arpanet’, the prequel to the internet was created less than 50 years ago, tell a man in the 60s that we could converse with the whole world with just a few clicks of the button, he would laugh it off.

This also holds true if I told you about augmented reality (where you would be able to interact via your phone’s camera to get a map of where you are, where you can buy the awesome hat the hobo in the corner is wearing, etc (yes just like they have in sci-fi games) you would probably dismiss it as an impossibility, but it is being developed to be mass produced as we speak.

It is this unpredictability and the excitement of the unknown that makes me obsessed with technology, the main reason that I took a placement in computing.