Most students going into Higher Education follow a somewhat similar path. GCSEs at about 16, A-levels at about 18, perhaps a gap year and then on to University. It’s exciting and daunting at the same time.

Making new friends, becoming familiar with a new city, new routines, learning to budget and living with strangers. It’s a transitional period, the time between adolescence and adulthood. Naivety slips away, to be replaced by self-assurance and experience, and eventually an adult emerges, clutching a shiny new degree certificate, ready to face the world.

Or so they tell me. I belong in a slightly different category, the so-called ‘Mature Student’. Easily recognisable by the extra crinkles around the eyes, the more-practical-than-fashionable attire and the slightly dated iPod playlist, we can generally be found at the front of a lecture theatre, tightly clutching a large coffee or dashing off to get home to the partner/kids/dog/cat*.

As a group we’re pretty diverse: some are parents, some carers, some married, some working, some have just given it all up to live like we’re 18 again and others are fulfilling a lifelong ambition after the child raising and working years have finished. To join the group is simple – just return to Higher Education some time after your 21st birthday and you’re in! Surprisingly we also make up a significant proportion of the student population – in the 2010/2011 academic year, 43% of students on the University of Bradford campus were classed as mature.

My personal return to education began with Derren Brown. I was 24 years old with good GCSEs and a 4-year-old daughter when I  caught the tail end of a show which culminated in subjects being manipulated into robbing a security guard. It sparked an intense desire in me to learn more about psychology so couple of years later when I had the opportunity to lower my working hours, I decided to return to college, initially studying for AS levels in Psychology and English Literature. I stayed at college for 3 years, leaving with A levels in Psychology and Biology, and AS levels in English Literature and Chemistry. Somewhere along the way I decided that this studying thing was far more interesting than working so I made plans, put in an application and arrived at the University of Bradford in September 2009 as a fresh-faced, full-time Biomedical Sciences student.

To say that starting university is a big change is something of an understatement. Going from a monthly wage to three payments of student loan a year plays havoc with your budgeting. Getting your head around lecture timetables that generally aren’t released until the last-minute whilst simultaneously trying to arrange childcare is no small feat of organisational skill and studying with a family around can be somewhat distracting to say the least.

Despite all the challenges though, in most ways I’m quite glad I didn’t start my Higher Education until I was older. I’m certainly more motivated than I was at 18 and I have a better appreciation of the opportunities an education gives. Many outside talents can be transferred into this new experience: time management, confidence and social skills are all just as important as the ability to take notes during a lecture. Having been in employment for 10 years before starting university, I also understand how to utilise my time as a student to enhance my CV. For example I have been a student representative for my year group, I am currently on a 52-week sandwich placement between my second and third year, and I have worked as a student ambassador during open days. I think one of the most important things is that (for pretty much the first time in my life) I know that this is the right thing for me to do, that I have chosen the right course and that I will not be wasting this opportunity.

The University itself has a fantastic support network from personal tutors through experts in money management at the Hub to councillors or career advisors in Student Support. One of the most helpful experiences I  had was being invited to the ‘Re-Freshers’ event held just before the beginning of my first year. Aimed at mature students, the two-day course provides both practical advice on academic matters and lots of reassurance to mature students. I met some great people on the course and it was comforting to know that there were some familiar faces around the University over my first few weeks while I settled in.

If you’re reading this and thinking ‘I want to know more about studying as a Mature Student’ then there are worse places to start that checking out the mature students page on the University website.

I wouldn’t give up my degree for the world, I love being a Mature Student and long may it continue. 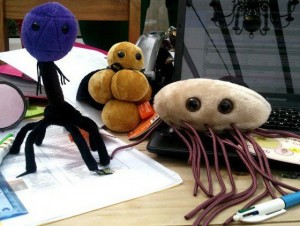