The 30th Anniversary of the Fire Disaster at Bradford City falls on May 11th 2015. A fundraising campaign for the Plastic Surgery and Burns Research Unit at the University of Bradford is launched as part of the commemoration of the disaster.

Alan Carling and I have been working hard to launch a website that brings together details of commemoration events and fundraising activities.

The process of development

I chose WordPress as a content management system because it’s free and powerful enough for small-scale development. I  showed Alan how to use WordPress and he was very impressed how handy it is.

A standard ‘Twenty Thirteen’ has been chosen as a base template.

I decided to keep the design simple and clean following modern ‘flat style’ design. It was also important to make sure that it has a responsive design. 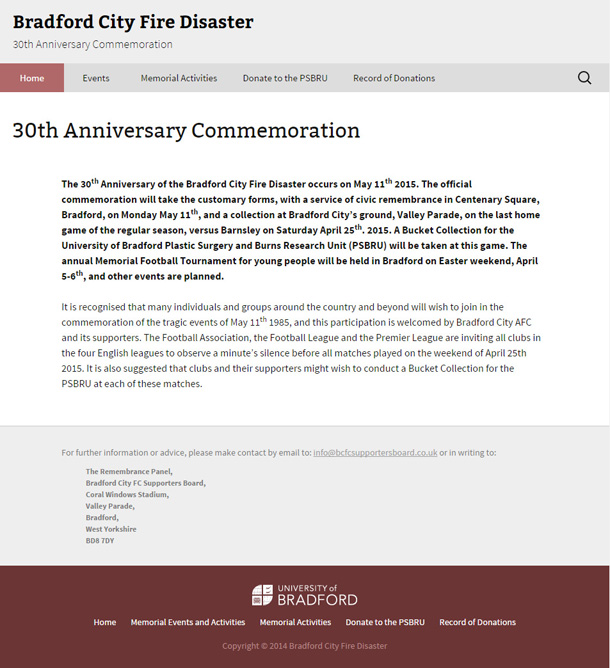 Homepage: the process of development

In terms of the colour scheme, Alan suggested using the Bradford City Football Club’s claret and amber as the main colours for the website.

After I received a logo from Inprint + Design, I had to tweak the colour palette to match the logo a bit more. So claret has been replaced with soft purple.

Logo Designs: number 5 has been chosen

The final design looks as following: 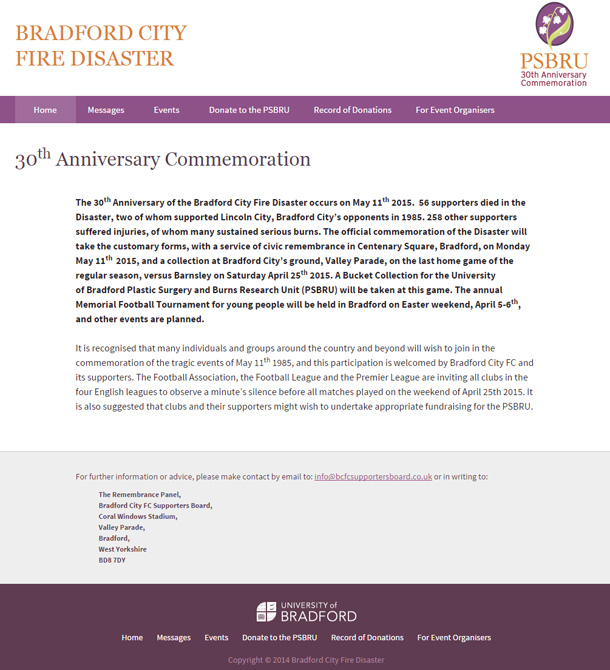