I’m doing everything you want … so why don’t you like me?

Well, I assume you want me to do this. And if I do this, you’ll start acting like that … that’s the hope, anyway.

Whether it’s a date, a spouse or a member of your team – sometimes doing what you think you should do isn’t what it takes for both of you to get what you want.

When you want to make a connection with someone new.

When you both want to be in a loving, respectful relationship.

When your team wants to be inspired and you want to inspire them.

Stop trying so hard, and watch how events unfold.

What happens if you’re a leader and you want to inspire your people, but it just isn’t working?

When your team isn’t motivated, don’t respect you, and don’t see the inspirational leader you are.

I listened to an interview with Simon Sinek recently where he told the story of a Colonel in the US Airforce. Let’s call her Lisa.

Lisa was promoted to management, given her first command and sent to Iraq for a year. All at the same time.

It was a lot to take on at once. But being the Type-A high performer, she was ready for the challenge.

It was notoriously difficult to run. Previous bosses had been fired for poor performance. But Lisa, a keen student of leadership, vowed to be the one to fix it.

I’m gonna go in there and inspire my people, she declared.

And it didn’t work.

No matter what she said, the motivational speeches she gave, or how she organised her team – they weren’t inspired.

The troops weren’t happy. And they weren’t afraid to tell her this either. They didn’t respect her or do what she asked of them.

For the first six months of being in Iraq, she went to bed every night and cried.

Lisa was lost as to why all her theories on motivation and inspiration weren’t working.

So she gave up.

She gave up trying to inspire and realised she wouldn’t be the success she’d set out to be.

She accepted her failure.

Given that she was stuck there for another six months, Lisa decided to just ride it out.

So she asked herself:

What do my people most need?

What can I do to make their time here as comfortable as possible? Because they’re also away from their families, stressed out and worried.  Just like me.

And that’s when the unexpected happened.

Her team began caring about her and each other.

All because she took the first step towards it.

She became a leader.

Her team was inspired.

By getting out of her head and into her heart, Lisa had achieved her goal.

If you want to inspire, don’t make it about you.

Make it about them.

I’m doing everything you want me to … why don’t you like me?

Where do you need support from me right now? That’s what I’ll give you. 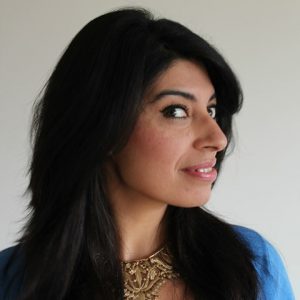 Razwana Wahid, Alumna of the University of Bradford (BSc Technology and Management 2003) is a Relational Intelligence & Leadership trainer. She teaches tools and strategies from the wold of psychology & neuroscience to help you develop your emotional intelligence, self-awareness and leadership skills.

For more information go to: http://relentless-movement.co/corporatetraining

Connect with Razwana on LinkedIn: https://www.linkedin.com/in/razwanawahid/