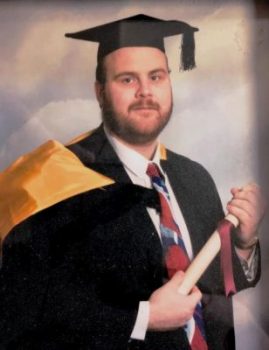 From Buttershaw to Bondi, Nigel Wood, Chief Executive Officer of the Rugby League International Federation, has a lifelong association with Bradford; including receiving his Master in Business Administration from the University in 1996. At the time Nigel was CEO of one of the professional rugby league clubs in the inaugural Super League competition, the Halifax Blue Sox, before being headhunted to the sports’ governing body, the RFL, originally as Finance Director and then CEO for a decade until 2018.

Nigel’s association with the university predates his own existence, his father lectured in the Mechanical Engineering Department between 1960 and 1992, so he was already familiar with the campus as a child attending the staff Christmas parties.

Nigel was originally educated at Buttershaw Upper School, leaving after A levels in 1982 to commence his Accountancy Qualifications with Deloitte Haskins and Sells, on Well Street in the city centre. From there he continued his accountancy studies with Parkland Textiles in Greengates, Microvitec in West Bowling before being appointed Deputy Head of Finance for the BBC (North) in Manchester. But the lure of a career in sports administration proved too strong a draw for the unashamed rugby league fan when he applied and was offered the Halifax job just over the hill. Nigel had previously captained for the club’s juniors and turned out for Huddersfield Reserves before settling back in the wintry paddocks of the Pennine League with Buttershaw Amateur outfit South Bradford.

Nigel’s sponsorship for the MBA came from the BBC who at the time were pushing a number of young managers with potential through the organisation and he relished completing his formal studies on the three-year part-time programme at the University of Bradford’s School of Management at Emm Lane.

“The Accountancy qualification gave me a thorough and broad grounding, but it was the MBA that proved to be the finishing school.  It filled in the gaps particularly around business policy, organisational behaviour and business policy. We even had a dollop of French thrown in which subsequently allowed me to dazzle the Catalans club on my visits there” he laughs.

“I still have all the papers in my files and most textbooks in my library; I am not sure quite why, maybe still a subconscious fondness for the old Wednesday afternoon and evening slots”

One of the more memorable winter sessions ended with the roads closing and all transport cancelled leaving him to trudge home to Wibsey with two out of town fellow students seeking warmth and shelter for the night.

His is a remarkable story of achievement in a single sport for our former student. During his time as CEO at the Rugby Football League, he ran the acclaimed 2013 World Cup, he created the sports Benevolent Fund for injured players and he introduced the Magic Concept where the whole league descends on one city to play a complete round. It is not often that the Australians copy our leagues but they have with that. 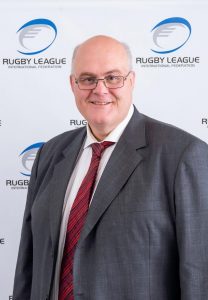 More recently, Nigel has donated his very impressive 25,000 rugby league programme compendium to the RFL Archive; a collection which Nigel began as a very young boy and continues with to this day. Despite his career now taking him to the Southern Hemisphere for much of the year, he still resides in the city of his birth, with his extended family and he can still be seen regularly on the touchlines watching his grandson play in the under 10’s at Birkenshaw!

Thanks Richard for your kind words. My dad died in 1995 unfortunately but was proud of his long association with the univ. thank you for acknowledging