Dementia friendly communities have been a key focus of the National Dementia Strategy (2009) and the Prime Minister’s challenge (2015) in order to reduce the stigma associated with dementia through public awareness. This drive to reduce stigma has led to various dementia awareness initiatives at national and local levels, the most notable being Dementia Friends. Dementia awareness initiatives have until recently been aimed at adults, however there is now a growing recognition that in order to sustain dementia friendly communities, the involvement of young people is important. There are now various dementia awareness activities aimed at young people such as ‘Dementia Detectives’ (delivered in schools) and ‘Adopt a Care home’. Although these initiates have gained positive feedback from young people and people affected by dementia; for dementia awareness initiatives to truly change attitudes and educate young people, we need to explore what young people know about dementia and how they would like to be educated. This is what our current research focuses on in collaboration with Dr Alys Griffiths (Leeds Beckett University) and Dr Nicolas Farina (Brighton and Sussex Medical School). 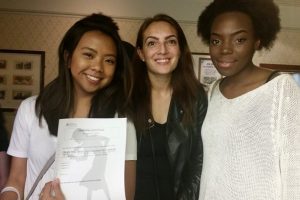 Nicolas has led a survey of over 900 adolescents in South East England, aged between 13 and 18 years. Almost 30% of young people reported not holding positive views about people with dementia. Our survey of over 400 young people aged 14 to 18 years in Bradford and Leeds, found that young people believed the experience of living with dementia as being very negative and people living with dementia were thought to be aggressive. Dementia was thought to be caused by brain damage, old age and traumatic life events. Young people were aware there was currently no cure for dementia and of the limitations of medicines.