During 2019 you will get to know our team a bit more – some talented, experienced, and smiling happy people who work hard to improve the lives of those who are affected by dementia. We asked our team to take a moment to answer some questions that will let you see the person behind the job rather than just the professional. 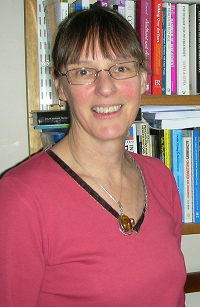 Why did you choose to work in dementia?

This is a long story and hopefully reasonably interesting, though it’s not at all dramatic. I think it shows that I chose to work in the field because a lot needs to be done, it is possible to do it and it is satisfying to do.

When I was small I got on very well with my grandparents. One of my memories is of me asking to sit in the room with them when they had their afternoon nap. They used to listen to the Archers and then drift off to sleep, and I used to sit stock still on a stool and keep them company. Later, after my Grandpa died, my Grannie came to live with us. As she became more infirm, I often helped her out with personal care, and I loved to listen to her repeated stories – it was easier for me than it was for my mum, as my mum was very busy and this was her mother-in-law. These early positive experiences made me think of old age and old people as to be treasured.

As a student in the ‘70s, I was lucky to be taught about old age and to work with older people. My Psychology degree included a module on ageing led by Denis Bromley, who had written a well-known Penguin book: The Psychology of Human Ageing, so I found out that life did continue after the age of 21 years! (Most Psychology seemed to view 21 as the peak of development after which it all went downhill.) I have vivid memories of my Summer job as a Nursing Assistant at Newsham Hospital. Being young and keen, I used the time when the permanent staff took their breaks, to slowly walk with some of the elderly patients to the toilets at the end of the ward. They were hugely appreciative of the opportunity to stretch their legs and to use a toilet instead of the commode by their beds. I suppose this showed me how giving people their dignity can make a huge difference and taught me I had some power to do this – it was satisfying.

During my clinical psychology training, again unusually for the time, I was fortunate to have a placement that included work with older people including those with dementia. On qualifying I took up a general post, including forensic work, primary care, adult mental health and psychosexual clinics but also work with older people living on long-stay hospital wards. The wards were terrible and the care institutional. Patients wore clothes taken from a general bin rather than having their own. They all drank tea laced with milk and sugar poured from a huge pot, and had enemas once a week. They slept in Nightingale wards with identical bedcovers and not surprisingly ended up in the wrong beds, causing grief. I joined forces with a male ward manager to get permission for the patients to be allowed to have individual bedspreads. It was a long fight against rules and bureaucracy but we won in the end J.

At some point during that first year of work there was a course offered on ‘reality orientation’. None of us in the department knew what it was but I volunteered to go. It was by Una Holden, who was bringing to the UK this approach (which later contributed to cognitive stimulation) about how to help people with cognitive impairment to feel better anchored in their surroundings. So now, I knew work needed to be done and I had at least one tool to use beyond the basics of respect and acceptance.

So, enjoyment of spending time with older people + motivation to improve care + knowledge of the psychology of ageing + small early successes and satisfaction led me to apply for a specialist post back in 1980 and I have worked in the field ever since.

Tell us a little about yourself:

Current and past interests, and jobs

I’ve lived life in a bit of a straight line – you can see above that I have worked in clinical psychology of older people including dementia all my career. Outside work, I like music – especially classical and jazz, walking and running, photography and reading. I love spending time with family and friends.

Places you have lived and visited

Being married to a Nigerian I have visited Nigeria quite a lot. It’s a fascinating country and a different society from the UK and it helps me be mindful of the common goals we all share on this earth.

My best work gig was being an external examiner in University of the West Indies, Trinidad for 4 years. I went each year and enjoyed the mix of African and Indian Caribbean cultures – food and music.

I also enjoyed visiting Government College, Punjab in Lahore as part of a British Council programme. Our hosts were very hospitable and treated us, among other things, to a visit to the Wagah border.

What two things do you consider yourself to be very good at?

I think I am good at listening and I am also pleased with my breadth (rather than depth) of knowledge of the field.

What two things do you consider yourself to be less good at?

Public speaking doesn’t come naturally to me (I had to give a spontaneous speech in Pakistan – that stretched me!).

I don’t know how to be focused enough to work on one topic – I like saying yes to too many things.

Where/How do you see yourself in the next three to five years?

Hopefully still mixing dementia research and family life, enjoying both and achieving something that contributes to better lives for people with dementia.